Jacqueline Jossa has announced she’s taking a “step back” from social media.

The former EastEnders star admitted she’s been finding Instagram “odd” recently, and revealed she would be taking a break from the app over the Christmas season.

Sharing a photo from the bathtub on Wednesday, the 28-year-old wrote: “I’m finding insta odd at the moment. Not using it as much.

“Don’t like the update, or what I’m seeing on it that much, gonna limit the use over Xmas, considering I use insta so much for work.” “I think I should take a step back at times like Xmas etc. Also… f*ck all content as we just indoors doing the same stuff.

“Hope you all have such an amazing Xmas time. I am not disappearing I shall keep you in the loop.

“At the moment though, not much to report so I won’t bore you with nonsense. Love xx” she signed off. 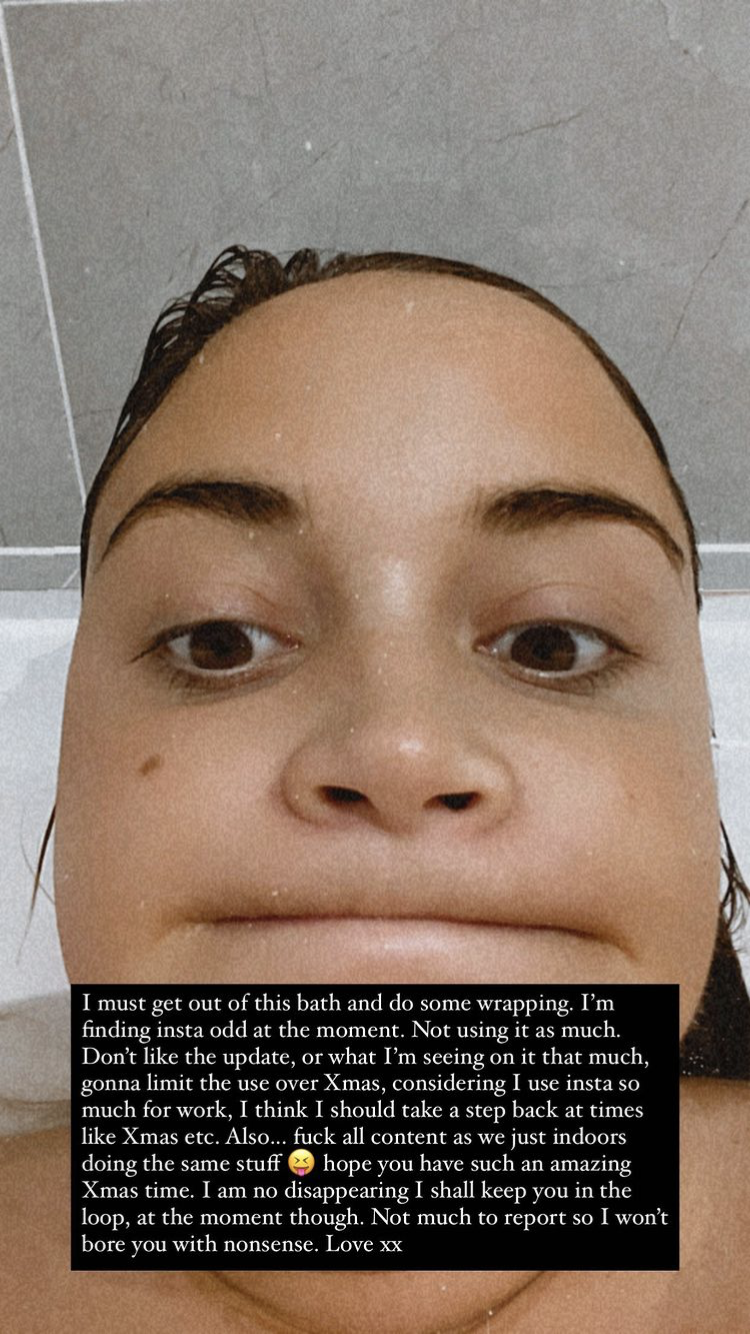 The mother-of-two has often been praised for her “realness” online, with her make-up free snaps and honest bikini posts.

In one post, Jacqueline shared the promo photo that was chosen from her InTheStyle swimwear collection shoot, but also a less flattering image from the same day.

“Shout out to all us women working on loving their bodies because that shit is hard and I’m proud of us ????????,” she wrote.

“Of course I prefer the shot on the left but who sits like that around the pool, breathing in, arm aching, bum digging into the side ????????‍

I really wanted to shoot my swimwear my way and show a bit of realness in how this looks on me.”